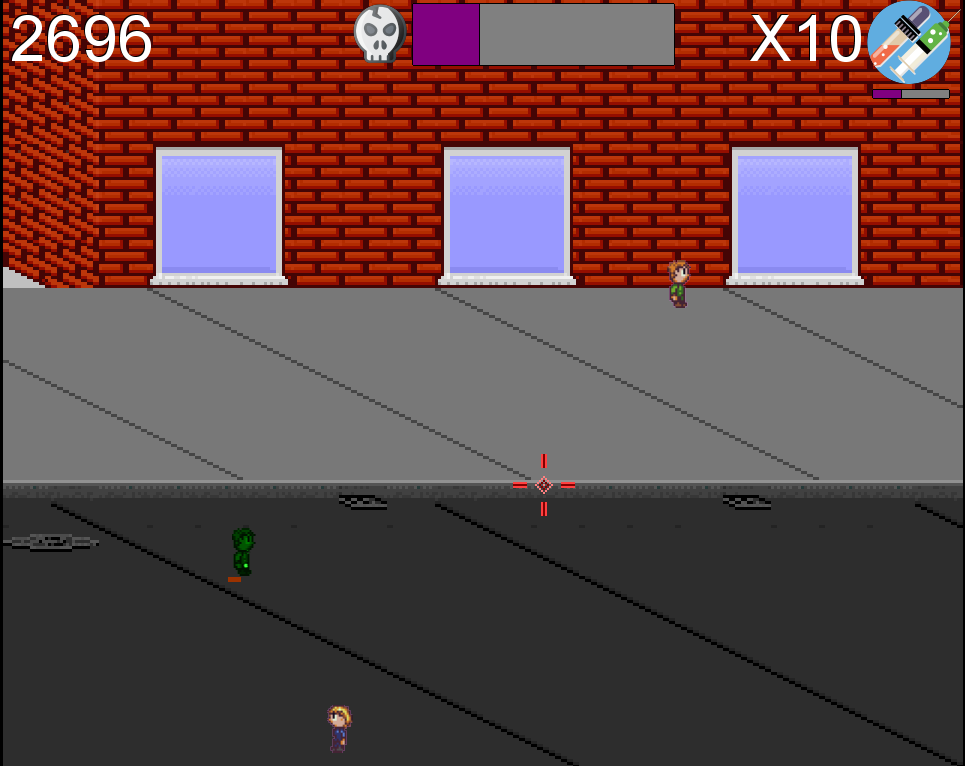 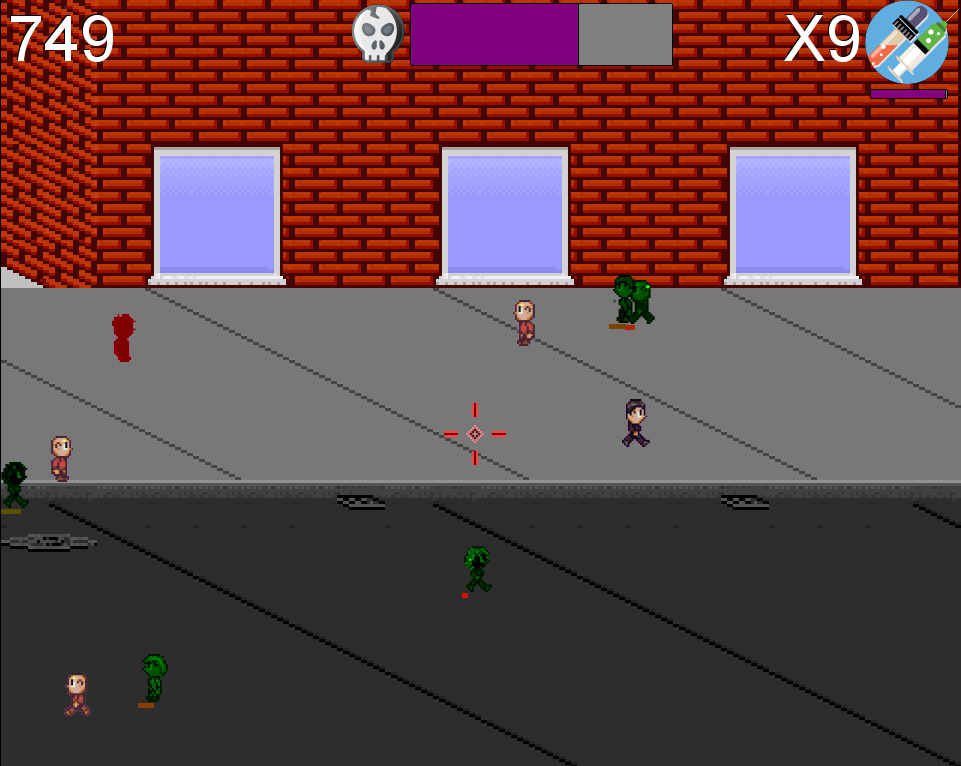 Game created during a late night in Covid-19 quarantine time. Make healthy people respect the lockdown and guide them home. Cure sick people before they infect other ones. Don't let the death rate go too high!. 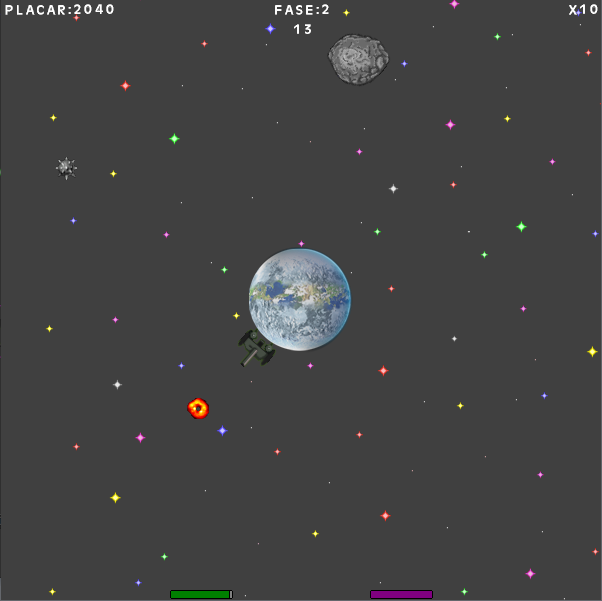 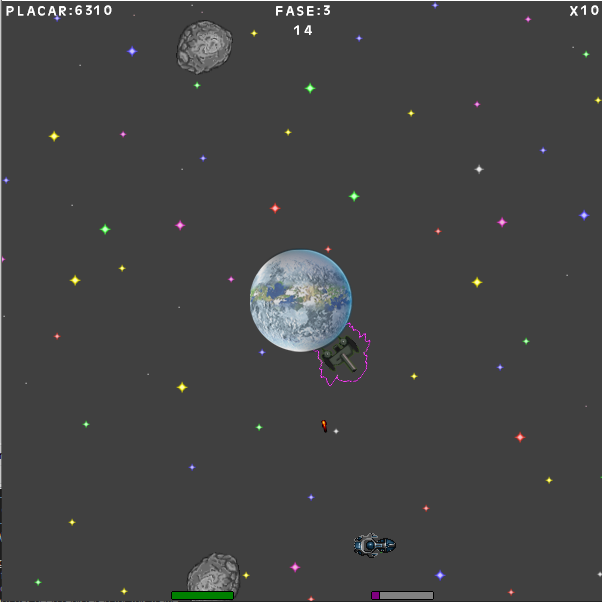 Game created during a weekend in Covid-19 quarantine time. Use your mouse to control the cannon around the planet and protect it against the attack of different enemies. 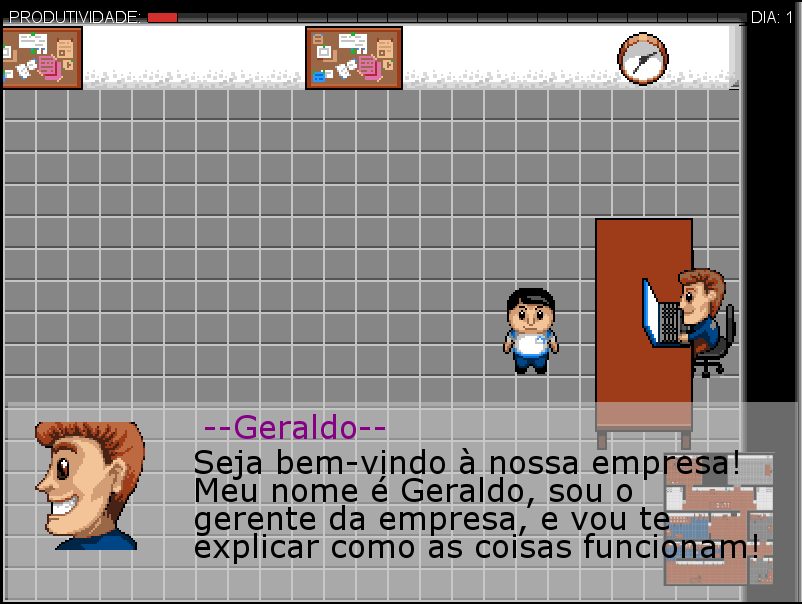 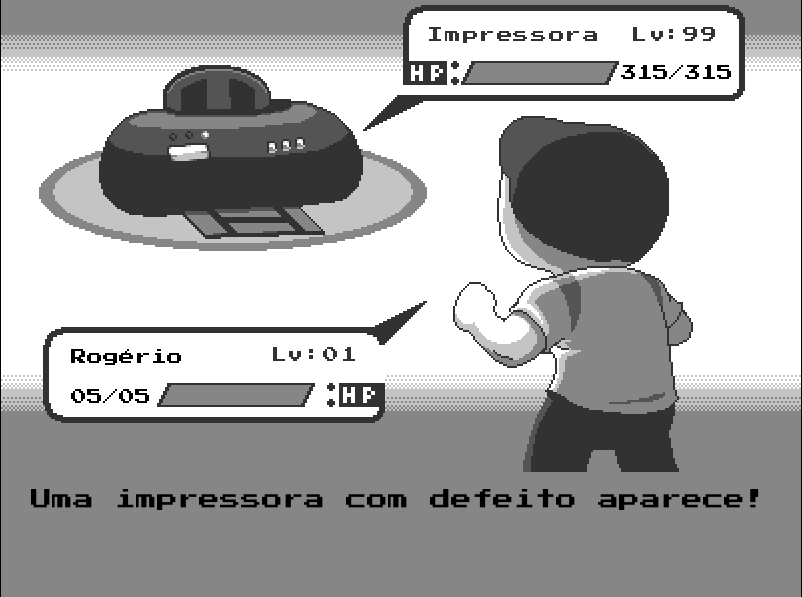 Game developed for Fundaçăo Roberto Marinho, the player controls a new employee in a IT company who needs to learn about his work enviroment. The game deals with themes like work safety, ethics at the workplace, employee health, etc. 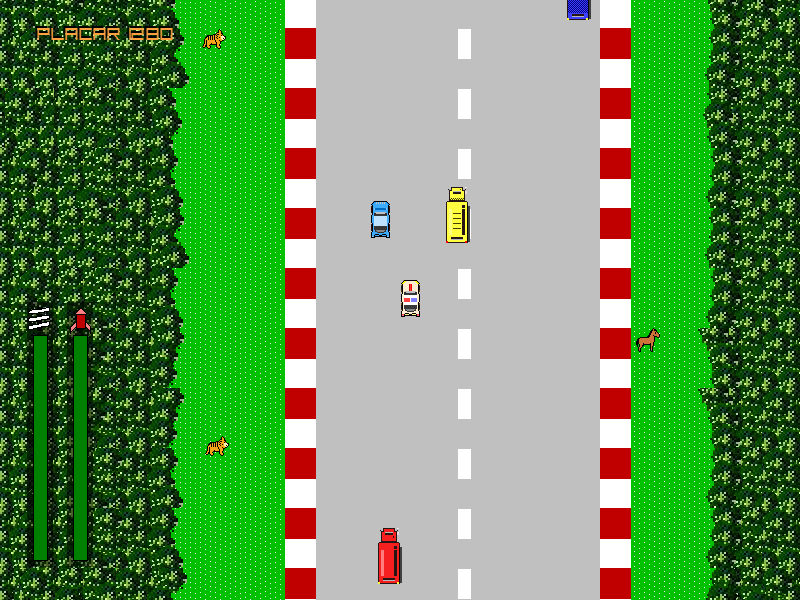 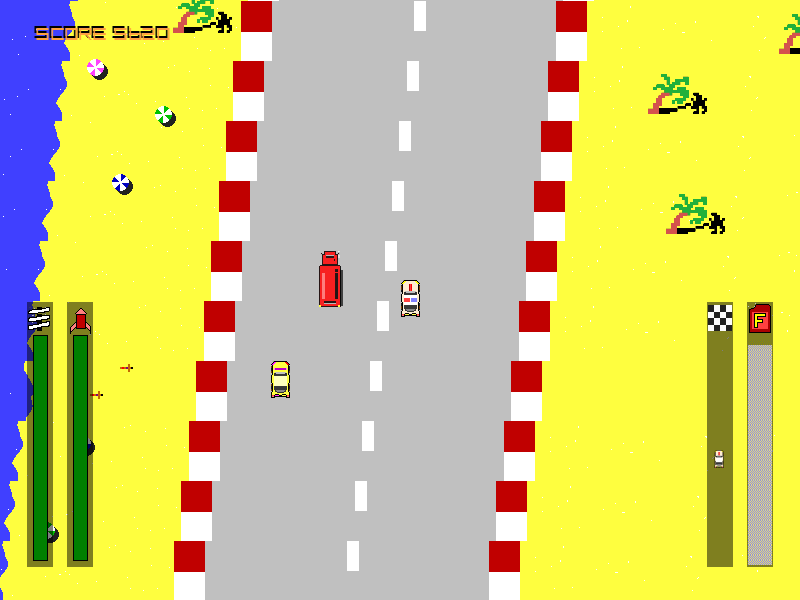 This game was the WINNER at CQ11 Contest in the GAMEMAKER BRASIL Forum - developed in 15 days
Drive a police car through 6 different stages, chasing criminals, running against time or just enjoying the scenery.
Dodge insane car and truck drivers who believe they own the road! Be careful to not skid on oil puddles and be more aware when the road is wet!
Jump with your car over obstacles or, if you more of the trigger-happy kind, shoot at them. If you are feeling like turn on the sirens of your car, but mind your fuel or you'll run out of gas! 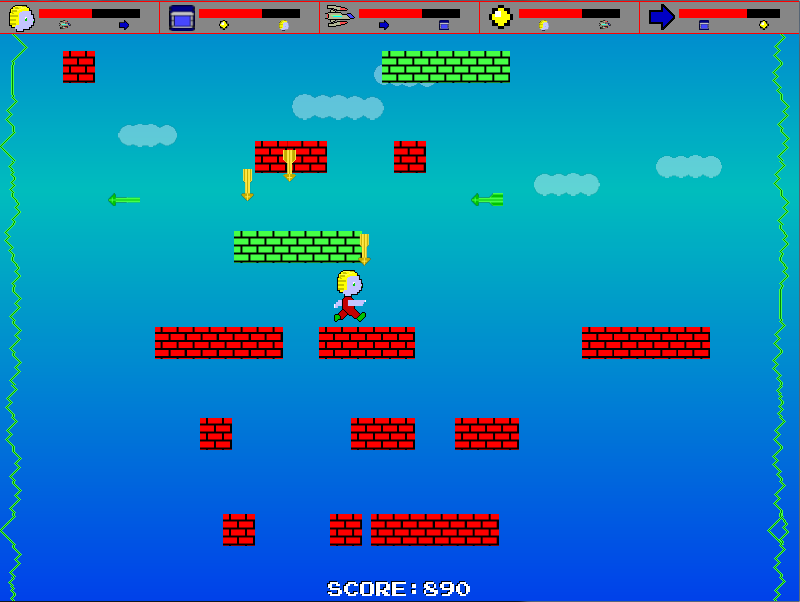 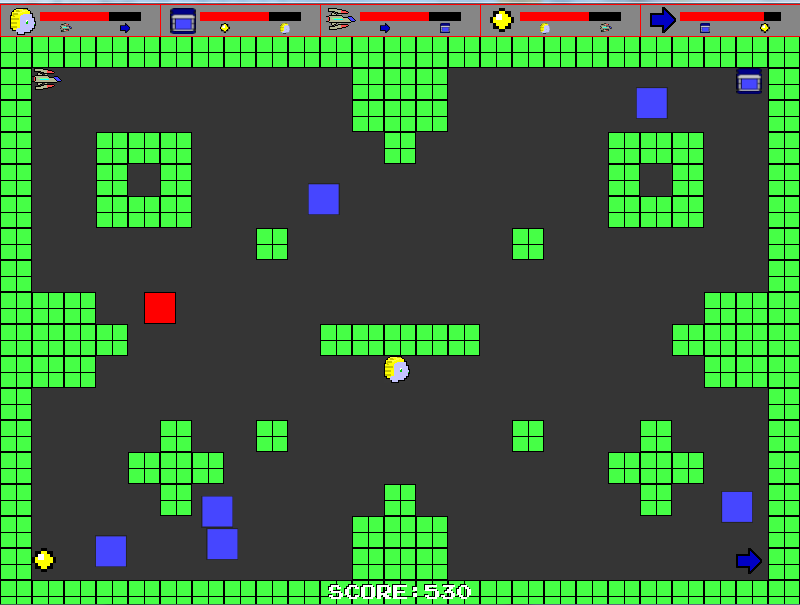 Game made for the LUDUM DARE 30 in just 48 hours
The Videogame worlds are dying. Only you can save them. Travel between the videogame worlds collecting items to replenish their health.
The game is divided in 5 different areas and a hub connecting all of them. Each area represents a videogame world.
All worlds are dying and if one of them runs out of health, its game over! Check out the health bars at the top of the screen, and find out which worlds will be healed at each world 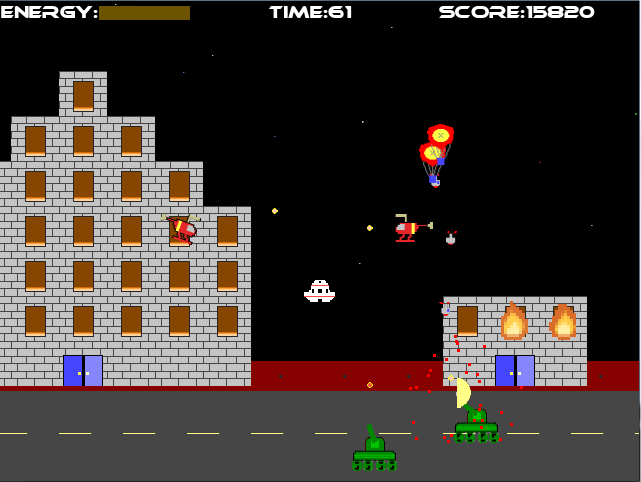 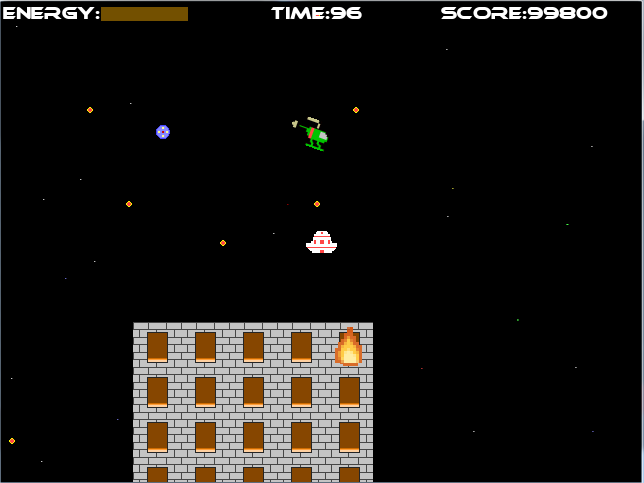 Game made for the LUDUM DARE 25 in just 48 hours
You are an alien force invading Earth with a single goal to achieve: destroy everything on the planet
The earthlings won't easily give in, and will fight you with all their force
Destroy all the buildings, avoid the chopper attacks and human tanks (or destroy them!), beat the levels and reach the high-score!
You are in a hurry! If you time ends, the game is over. Whenever you need to recharge your energy, get back to the mothership
Use the arrows to move and WASD to shoor 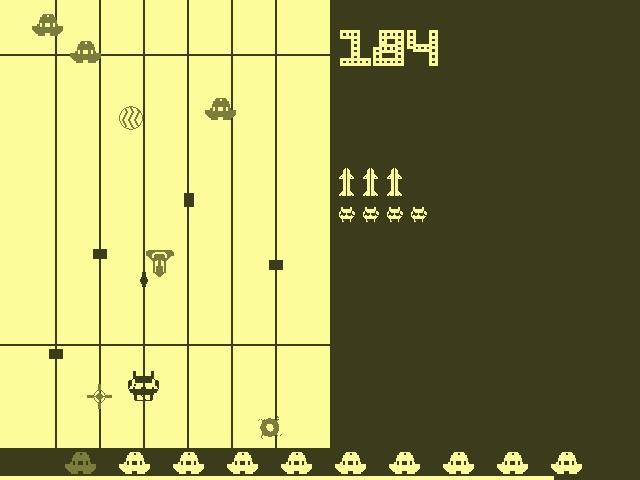 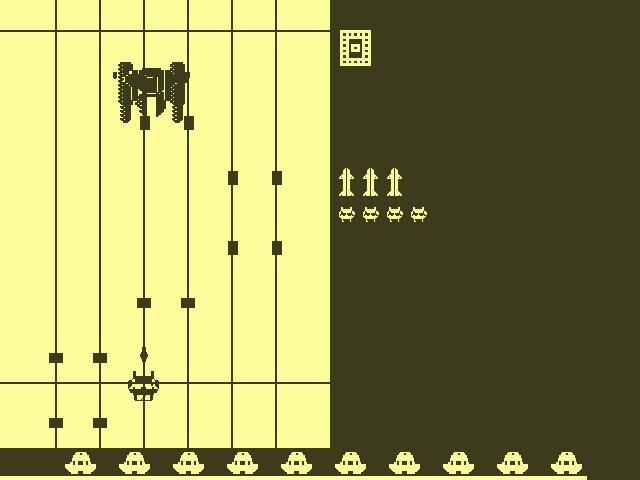 Inspired in Activision's classic Beamrider, but using Gameboy style graphics. Riding only in the lines, battle a huge variety of enemies, destroy bosses, go through the narrow walls on the warp zones e achieve a great score!
There's also an Android version of it. 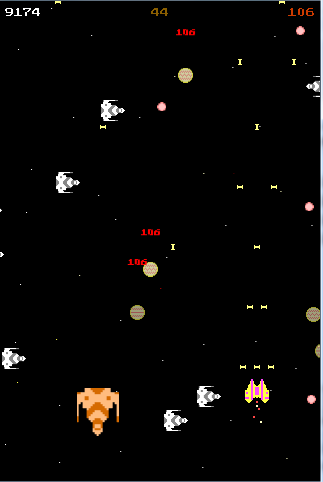 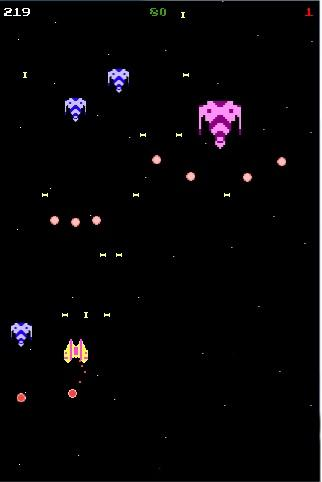 Game made in just 6 hours for Hack-A-Jam
During 90 seconds your ship will be attacked by many enemies. Destroy them and catch the energy bubbles to raise your multiplier. But beware, the higher your multiplier is, the harder the enemies will attack you. Try to make the best possible score in 90 seconds. Show them your FIREPOWER! 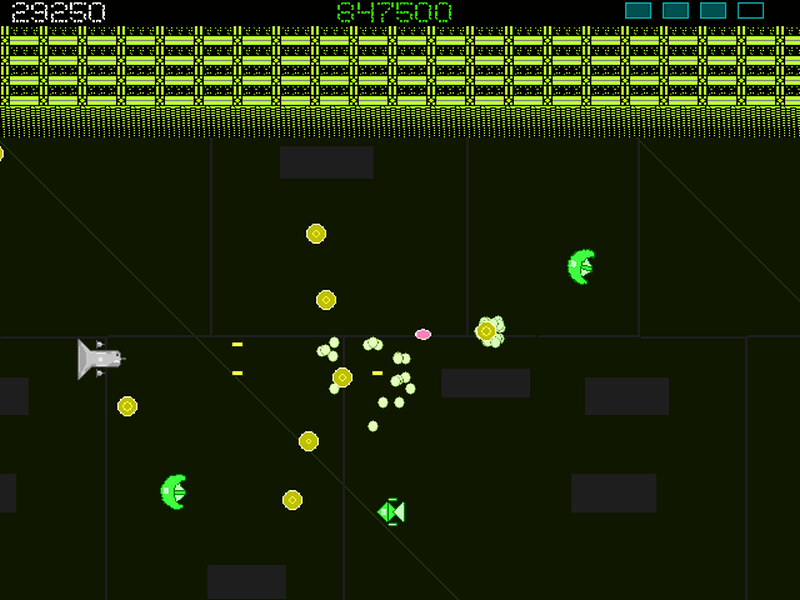 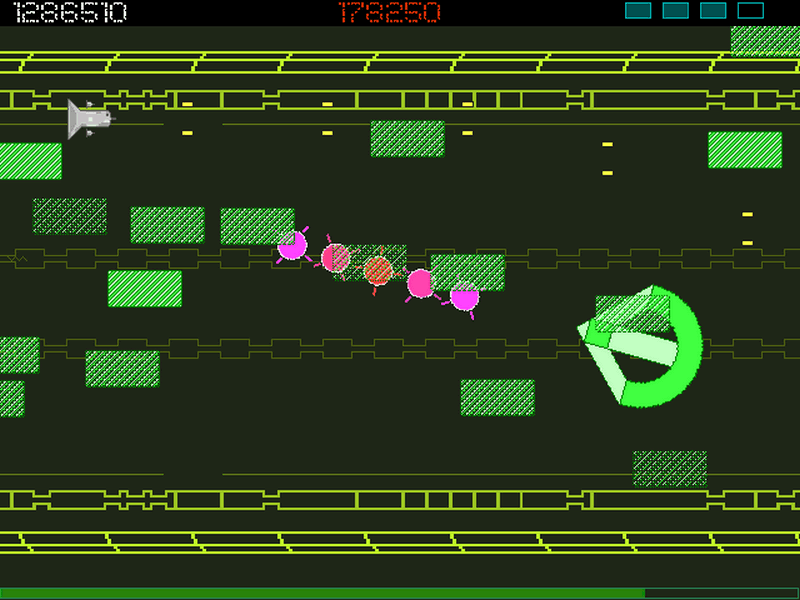 You are Gabriel Taki, leader of the human resistance against the alien invasion. Fly your powerful ship and destroy the breed that invaded our planet. 9 levels of lots of action, huge variety of enemies and bosses and a big challenge for those seeking deep emotions.

Attention: Game developed for Windows XP, may have trouble running on anything newer. 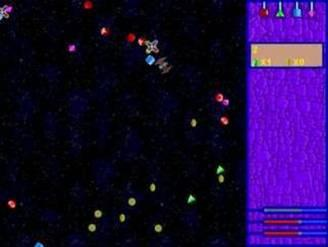 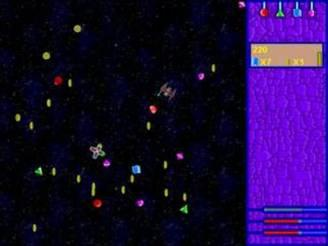 Asteroids clone where you shoot enemies with 5 different colors and need to match your bullet color with their color. Your bullets that don't hit any enemies become new enemies on screen. 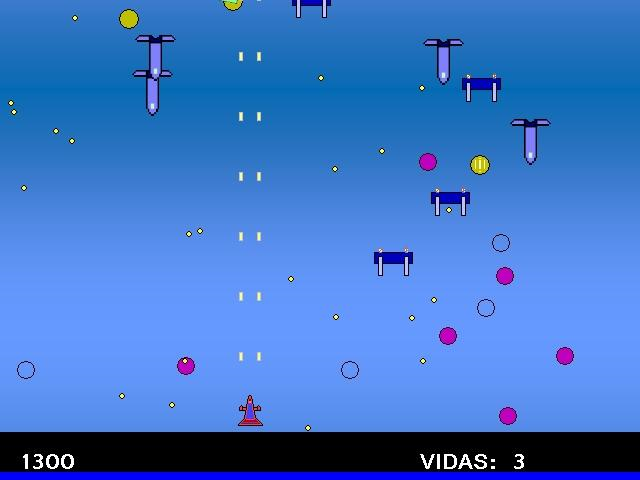 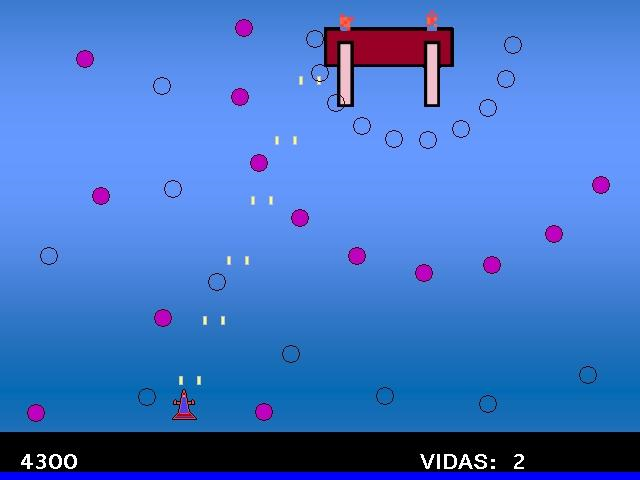 Simplistic shoot'em up with a single level and a boss that keeps looping and getting harder. You have a main laser and a recharging bomb.
Developed on just 150 minutes for the "Make a game in 150 minutes" challenge. 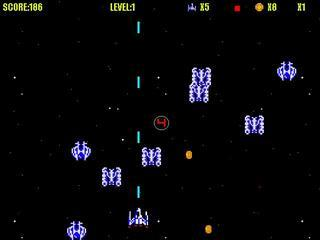 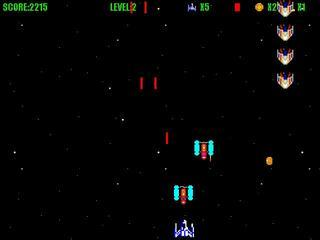 In Space Disorder you'll fly the SD-005 spaceship, the most modern battleship of its time. In a distant galaxy, a machine brough chaos to the universe ,and your mission is to destroy this machine!
A vertical shoot'em up with lots of action! You'll face more than 20 different types of enemies in 45 levels with different bosses. Choose the weapon that best fits you playstyle and good luck! Maybe you can find the secret weapons? The faith of the galaxy is in your hands! 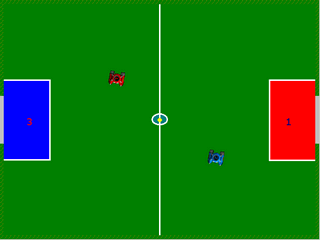 Hyperball is an excting 2 players game where each player is trying to score more goals than the other! Choose between 2 different speed settings and play hard against your opponent!